Year of Combined Experience Among Our Painters

At Perry Wellington Painting & Decorating, our goal is to start and maintain a long term relationship with our clients to be the one and only stop for interior and exterior painting needs in North Kildonan and the surrounding area

With accumulated practical experience since the company started in 2009, we offer an unparalleled level of skill, trustworthiness, and client service through our ownership and professional painters on staff.

We offer a proven system that is as meticulous as it is pleasant. Starting our projects with a walkthrough with our clients to ensure good communication to the prep work before paint application. Our mission is to professionally and efficiently complete your painting project and leave your space in perfect condition, just as we found it.

Every painting project we work on is our top priority while we are on-site until we fulfill our promise. We have high attention to detail, respect our clients in every way, keep open lines of communication and provide quality workmanship which earns us the reputation of North Kildonan‘s top-rated and top choice in residential and commercial painting.

Since 2009 we have proudly serviced Winnipeg and the surrounding area. We have a strong reputation as one of the best in Winnipeg because of our commitment to providing the best quality one could expect and personal management by the ownership of our company.

Perry Wellington works relentlessly to give customers the most compelling painting experience possible. The one constant is our company’s philosophy to offer the customer the best possible service, selection, quality, and value.

Perry Wellington Painting and Decorating offers both interior and exterior painting services. We employ more than 15 local painting professionals in Winnipeg, helping them and their families achieve a higher standard of living while providing homeowners with a fantastic painting experience.

We have been painting interiors from the beginning and specialize in providing as little disruption as possible while performing the highest quality prep, paint application, and clean up so that it looks like we were never there except for the new paint job

The exterior is the first thing that visitors, clients, and passers-by see and it should make a great first and lasting impression. We look forward to working with you to improve the exterior of your property to increase curb appeal.

We have worked in and on thousands of homes in Winnipeg over the past 10 years. Let us show you why we are a perfect fit to work with homeowners to help them improve the look and feel of their living space.

We can work on or in any possible structure you can think of. Our staff are sensitive to the needs of business owners and make sure that your staff, clients, and tenants are disrupted as little as possible.

Stucco is one of the most common exterior surfaces in Manitoba and that is why we specialize in exterior and interior stucco and textured surfaces to bring back to life a stained and tired-looking surface.

If you have a floor that needs brightening up chances are we are capable of painting it. We have a variety of products that suit almost all types of floors in both commercial and residential properties.

Buying or Selling a Home 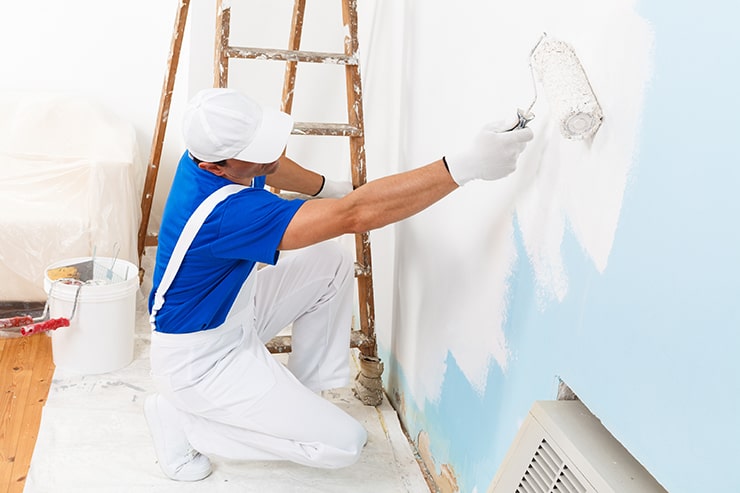 As one of the top-rated interior Residential and Commercial painting companies in North Kildonan, we understand how professional interior home painting can play a significant role in enhancing the overall beauty of your property. You can trust us to take care of all of your interior painting needs. Whether you need us for a small job or a large job, we can take care of it all, both residential and commercial.

We work on small and large homes, condos, apartments, as well as commercial such as offices, retail stores, schools, hospitals, and restaurants. We are happy to serve whatever your needs are. Our knowledgeable, experienced, and passionate painters are always there to serve you with top-rated service and quality. Perry Wellington Painting and Decorating will make your interior of your house or commercial space one of the nicest calming spaces you could step foot in with a wow factor.

In Winnipeg, we deal with some of the most extreme swings in temperature between the seasons. This puts a large amount of stress on the paint system. Repainting your exterior as well as doing frequent maintenance and repair to the exterior substrate on which the paint is secured to help to protect the substrate keep your home protected and pretty looking. This will help avoid costly repairs in the future such as stucco repair and carpentry and helps to prevent potential structural issues.

Your home should be warm and inviting and put you in a good state of mind and put you at ease as well as show well to your guests. If that is not the case that is where Perry Wellington Painting & Decorating comes in. We can help improve you space by preparing and painting your interior home living space. Each area can incorporate colors and schemes that bring about the best mood for that space. The colors of a room will highly depend on the individual and their personality. Have trouble picking colors? No problem! We have a color consultant that is more than happy to help.

We do small paint jobs as well as large paint jobs. So whether it is a single room to paint or your entire home, we can help. Our painting methods and techniques incorporate high attention to detail and mindful techniques in applying paint in the right way to reach a great paint finish. We offer multiple finishes that you can choose from. We offer stain finishes both transparent and opaque as well as lacquer and faux finishes. If you require feature walls or stripes we offer that as well.

Is your home or business in need of a fresh coat of paint on the stucco? Painting stucco offers many benefits including but not limited to sealing out moisture, covering stains and discoloration, and filling hairline cracks.

Perry Wellington Painting and Decorating offers stucco painting services that can remove years of wear and tear while bringing the shine back to your stucco. It is great for adding longevity to your stucco and protecting it for many years to come.

Our painting process will eliminate cracks, discoloration, and if you need stucco repair we will take care of bulging, cracked, and missing stucco. We will have your property looking new in no time.

The area has many parks and green spaces like Harbourview Park & Recreation Complex which contains many recreational activities that anyone can enjoy including tennis, lawn bowling, and boat rides. Also inside the North Kildonan border is the attraction of Kilcona Park, a green space with plenty of walks and interesting things to see.

Nestled along Henderson Highway are multiple famous businesses like Long & Mcquade musical instrument and Salisbury House, one of the city’s oldest and most iconic restaurants.

Free Estimate on Your Painting Project